What is particularly interesting about the St Paul’s windows is that, although all by the one designer, and intended as a set they vary in date between at least 1869 and 1887. Had all the windows been commissioned at the same time it would be hardly surprising for them all to be the work of one firm; but to persuade donors to return to one firm over a period of at least sixteen years is quite an achievement, particularly at a period when up to eight firms supplying stained glass were based in Bristol alone. To persuade prospective donors to do this must have taken a strong-minded vicar. The resolution required for this would make easy the task of persuading the stained glass artist to retain the main lines of the earlier design – all the windows of whatever date have the same canopy and setting (and an unusually heavy frame for Powell, at that).

Compiled from the researches of Julian Small & Martin Laker 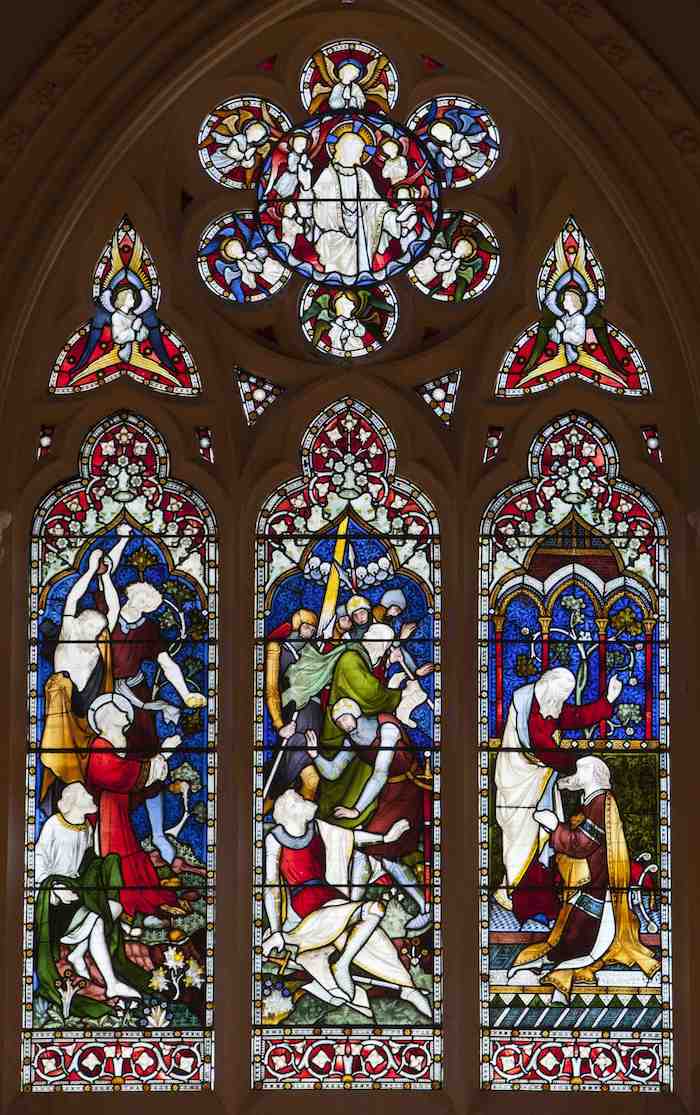 The East Window, above the Altar, shows three scenes from the life of St Paul:  the stoning of St Stephen; the Road to Damascus; and Saul regaining his sight under the hands of Ananias.

While this window is not dated, the dates on letters about it retained in the Birmingham City Archives indicate that it was installed in 1869. 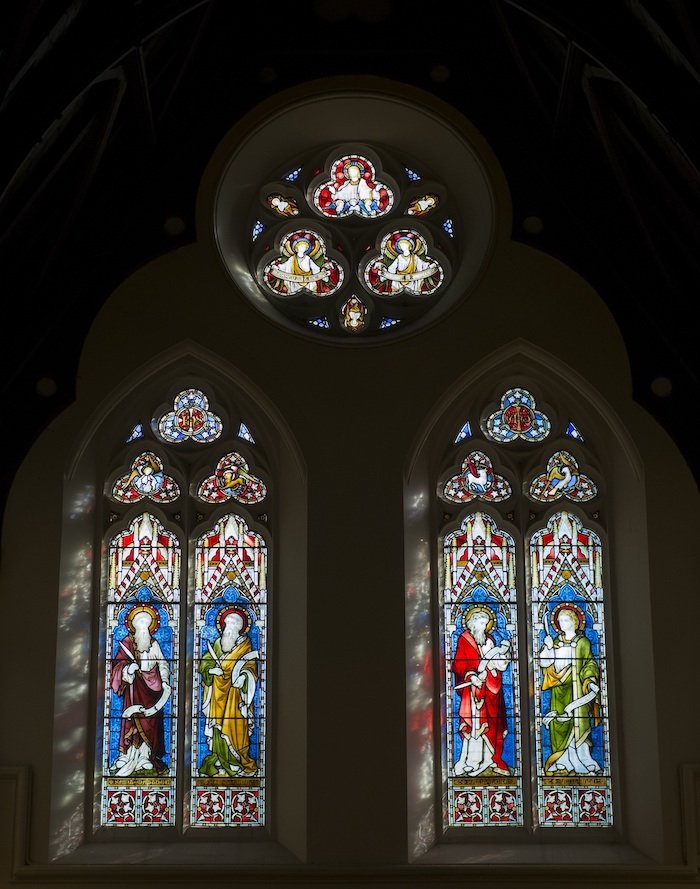 The West Window, above the porch and door, depicts the four Gospel Writers, and was commissioned by Major General Fitz-Gerald, HM Indian Army, in memory of his wife, Anne Evered, who died in Clifton in 1869.  The records show that, not unusually, Hardman’s were late in delivering and installing the windows, and the General was quoted by the Reverend Mather in the correspondence as being “annnoyed”. 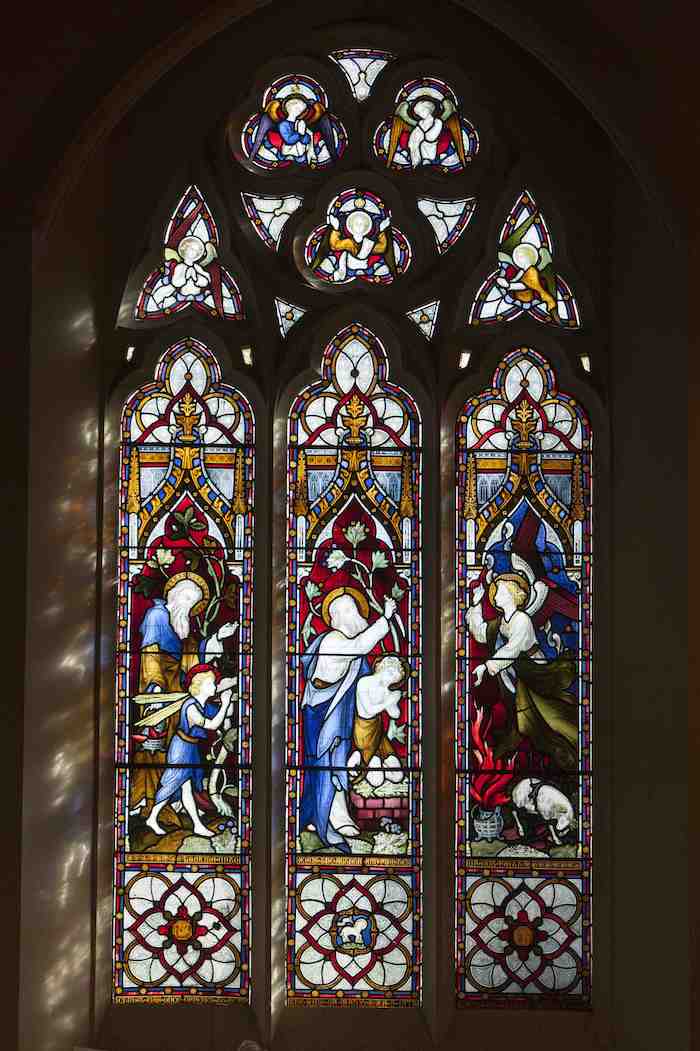 Northwest Window (at the west end of the North aisle)

The text below reads “Looking unto Jesus, the Author and finisher of our Faith.”  This window shows scenes from the story of Abraham. 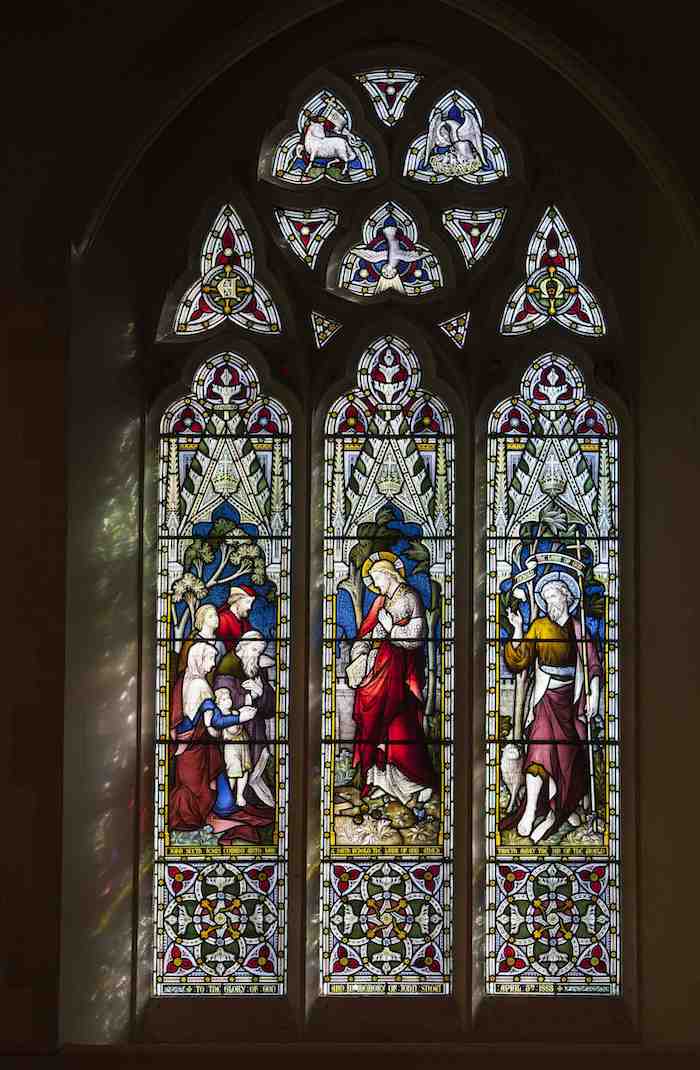 The captions under the figurative images says “John seeth Jesus coming unto him and saith Behold the Lamb of God which taketh away the sins of the world.”

The caption at the foot of the window says “To the Glory of God and the Memory of John Snow, April 3rd 1883.”