The mosaics in St Pauls were all made by the firm of Powell’s of Whitefriars, London, over a period of just under thirty years at the start o the twentieth century.  English Heritage have said that the collection of mosaics is of national importance, because it is one of the largest collections in the country and covers virtually the full period of Powells’ work in opus sectile.  Opus sectile is a technique where large pieces of material are inlaid to produce an image or pattern, as opposed to the more usual tesselated mosaics, where small, uniform pieces are used.  The technique was common in Roman and Byzantine art, and was revived by the Arts & Crafts movement.  Charles Hardgrave, a designer at Powells, is partiular noted for this, and used glass containing clay as the material for the images. 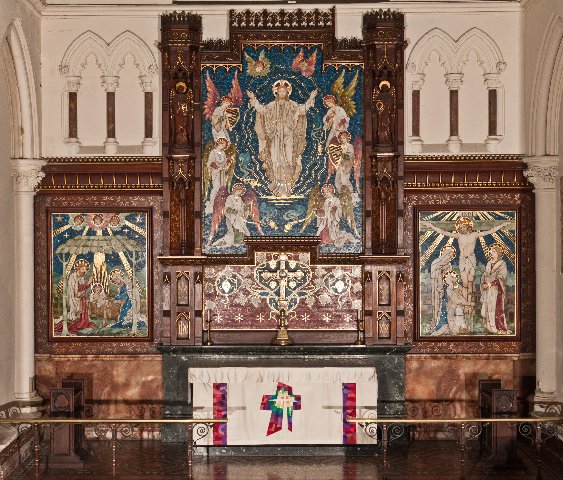 Reredos (behind the altar): Opus sectile panels show the Nativity, Ascension, and Crucifixion.  These mosaics were donated by Mr and Mrs Hudson, the daughter and son-in-law of Sir George White, the chairman of Bristol Tramways and founder of the Bristol Aeroplane Company. Cost: £347. Completed in March 1903.  No designer’s name is given.

The Angel of Praise: on the organ case;  commemorates the dedication of the organ.  Cost £30.  Dated March 9th, 1905.  No designer’s name is given. 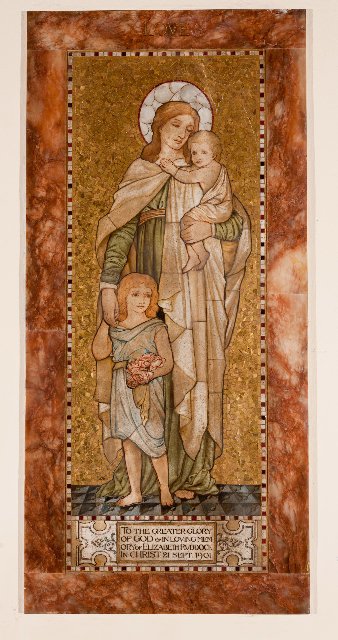 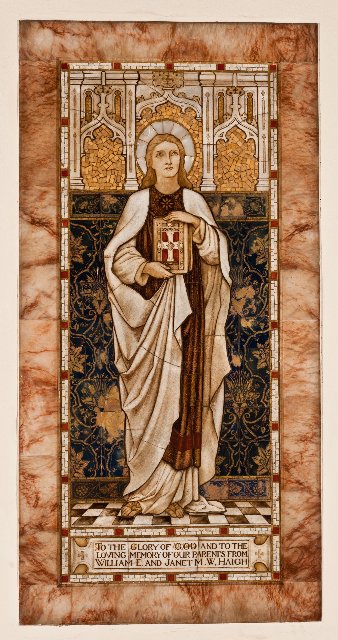 Faith:  south aisle, east end (closest to Julian Chapel).  given by William and Janet Haigh in memory of their parents.  Dated 910.  Cost and designer unknown. 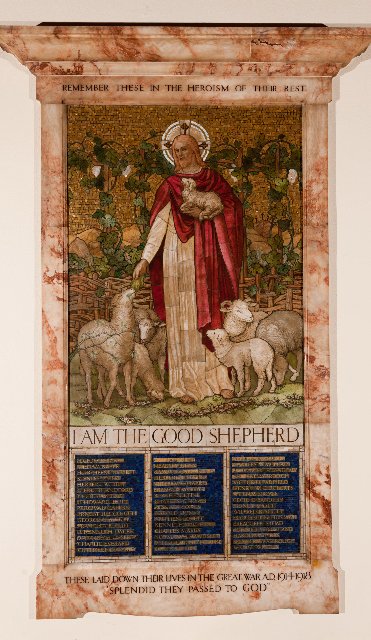 War Memorial: The Good Shepherd: South Aisle.  Cost: £240.  Date: 1919.  Powell scribbled “(AGAIN!!)” in brackets in the cash book, aware that St Paul’s already had a mosaic on this subject.  Those from the parish who died in the First World War are listed alphabetically, without rank. 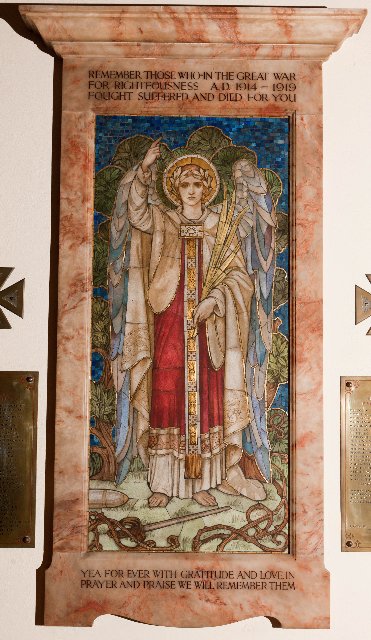 War Memorial. The Angel of Victory:  South Aisle.  Cost 115 Guineas.  Date 1919.  Designer Read.  There are no records as to why there are two war memorials, though this design is more modern and military (note the bomb, barbed wired, and sword beneath the angel’s feet).  On either side of this memorial there are brass plaques listing those from the parish who returned from the First World War. 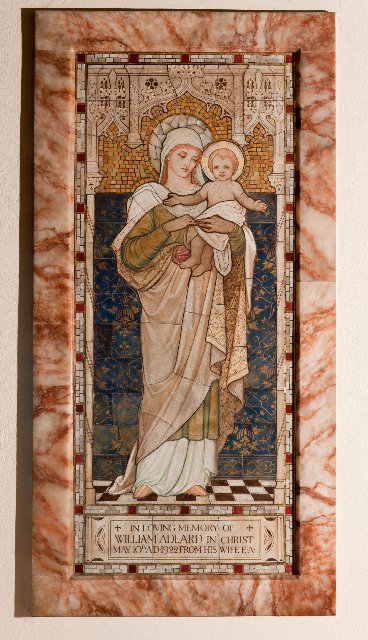 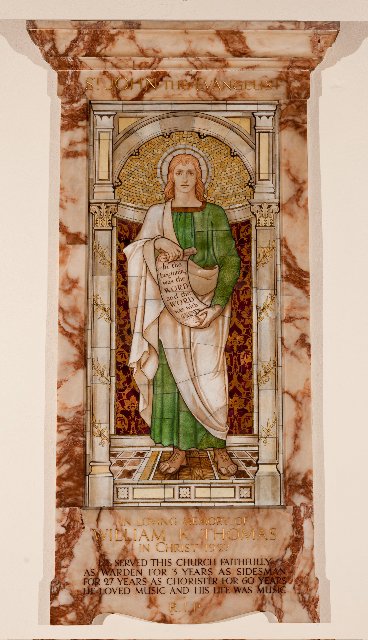 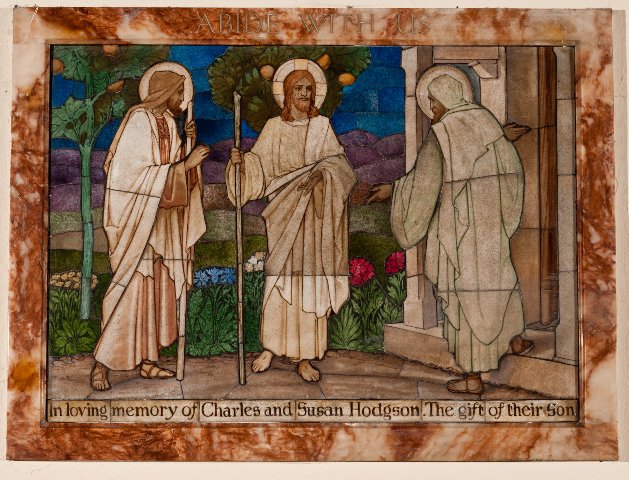 All details of the mosaics given above are taken from the transcription of the Powells’ cashbooks, currently held in the Victoria and Albert Museum, made by Professor Hadley.  The details were collected by Julian Small and Martin Laker.

The mosaics show a progression in the designs, and over time St Paul’s became a showcase for Powells’ work, which is not surprising given the size and detail of the Reredos panels.  The cashbooks show that other churches, as far afield as Glasgow, placed orders for mosaics based on designs in St Paul’s.

Due to reorganisations, demolitions, and the destruction of city centre churches due to enemy action in the Second World War, many examples of the opus sectile work by Powells’ have been lost, making the preservation of the collection in St Paul’s more important.